Interview With The CP Of The Nordic Country!! 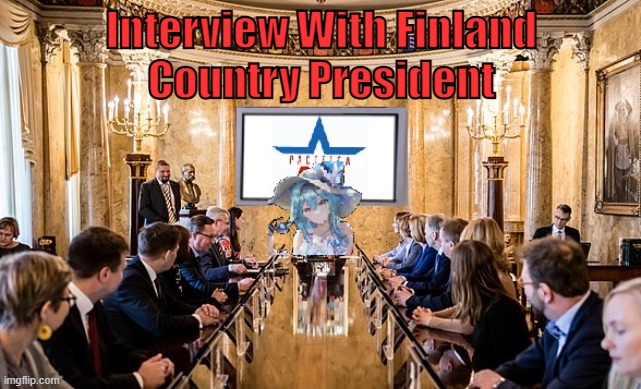 Hello everyone, this interview today is with the CP of one of the Nordic countries - Eula Lawrence, i gonna ask him about his terms, the economy of eFinland, the military power and how he become the CP of this amazing country. I hope you guys will enjoy reading this, have fun!! 🙂

1. Hello to Eula Lawrence, the CP of eFinland, thank you so much for agree to make this interview with me, but before we start would you agree to introduce yourself first?

Hello there, I was formerly also known as Cap Alero, but have since changed my name a couple weeks ago. It’s a bit difficult getting used to having a new name after going by the same handle for so many years now. I’ve taken numerous breaks over the years, but I’ve been hanging around relatively actively since around late 2018 to early 2019 now. Before getting more involved with politics, as a very cultured person, I had a long spree of posting daily articles of anthropomorphic anime shipgirls to the joy (and grief) of our citizens.

Maybe I might consider journalism once more should I retire from politics one day. I also have a crippling gambling addiction with several gacha games.

2. What is your daily job as a CP of eFinland?

This is probably partially a very cliché answer; however, the day starts off with reading any new messages, and starting attacks in our TWs from the moment I wake up. After the mandatory routines are out of the way, depending on the state of our congress message list, I may post something humorous there, we have a couple cheeky congressmen who sometimes go off-topic and I truly enjoy partaking in this. Throughout the day I try to follow our battles whenever I find time, change battle orders and such as necessary.

After I lost the elections in January, I took a short break to focus on other things. I was asked by my party members to run again in April, so I went for it.

- But what was your purpose? You started win an elections one by one with no agenda, with no vision? Only because your party members ask you to run? What was your campaign about?

Back in April, being a CP of eFinland was still a fairly mundane task of just clicking buttons. Anyone else could've done it just as well, but I went ahead with it since I had already past two terms behind me so the people would likely support me again.

4. Your CP of eFinland for a long time what is your goals this term, what will you try to do that you havn't done yet so far?

I have to say, this term started off with a bang, quite literally so. As it happens, we had our first real battle since forever on the election day. Since most of my terms have been rather uneventful in the past, this term may be more interesting. I could already say I’ve met my goals, before the voting process was even officially over, and that was to bring some action to upset the balance of our country’s long-lasting passive status. 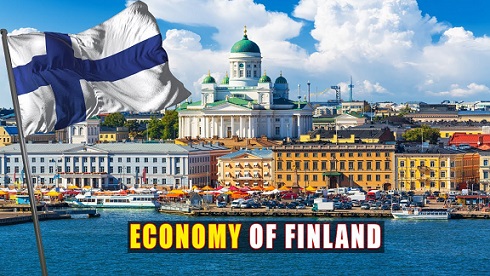 5. Tell us about the economy of your country considering the fact eFinland have less than 200 active citizens

Arguably the vast majority of our income comes from our resource concession, we have had very good relations with Poland for a long time and they’ve been a great friend and ally. We only have food bonuses for ourselves otherwise, most of our industry is therefore located in Poland as well to get the benefits for weapon production.

6. Tell us about TWs and wars eFinland have these days and how your gonna to optimize it for the citizens

Currently our TW partners are from Asteria, Pacifica and non-aligned countries. We parted ways with two of our CODE TWs due to the recent events. Usually, the TWs run well enough by themselves, with some battle orders and shouts needed every now and then to direct the damage to the right places.

Generally speaking, visitors have always been welcome, and we’ve had a lot of nice guests, some stay for a shorter while and others may have even stayed as permanent residents. Perhaps as a short teaser, I may reveal that I’ve also been having some provisional talks with the Japanese government regarding potential cultural exchange between our countries. 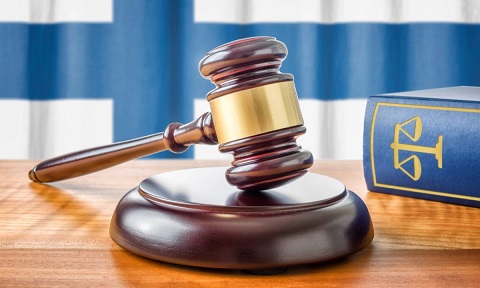 8. Eula Lawrence your the CP for a long time, did you had to deal with any political accusations?

We had a rigged election during May 2022, I was actually not set as the candidate, so this would probably be something noteworthy. There was only a single candidate, and we convinced them to step down so I could automatically continue my term without going through elections. Unfortunately, due to this, I also didn’t get a medal so that’s why I only have 6 despite being on my 7th term now. I think this was also the time when our weekly impeachment vote reached the most yes votes.

9. Can you tell us about the military power today and how can eFinland face against bigger threats?

We have a good amount of strong individual players, but compared to the past, I could say our communication used to be better among the community before than it is in comparison with today. Judging by our performance in the last skirmish, there’s some room for improvement in terms of getting coordinated strikes. Difficulties arise when fights happen during regular working hours, as people don’t tend to be as active during the day, and there’s not much that can be done about this. 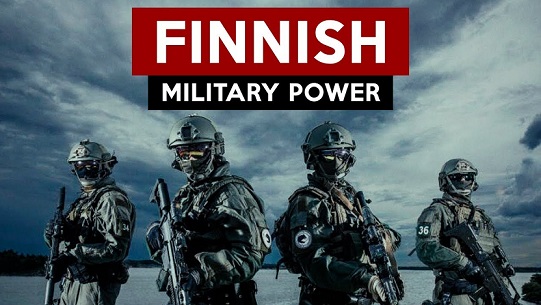 10. What was the hardest war your country had to face that your remember?

I wasn’t around when we were being wiped the last time, so in this case for me personally the most memorable moment would be the October 2011 babyboom, when we were being occupied by Estonia. The game was also a lot different back then, with far less power creep and no divisions in place at the time. Bazookas used to actually do meaningful damage back then, that’s something a completely new player would have trouble believing today.

- What was the biggest opparation eFinland had at your command

The battle against Russia that just happened, most definitely. Countless hours were spent monitoring the fights and it was very exhausting mentally and physically. Our administration channel was very busy that day.

11. If you could change or add ANYTHING to this game tell us 1 things you were pick to change/add and why?

I have a lot of ideas, both bad and flat-out god awful. Naval warfare could be exciting, though mainly because of my bias and personal interest with warships, but I don’t think it would really work that well. So, I would rather do something about the economy module. There should be more complexity in the industrial side, raw materials being turned into finished products with a click of a button is a bit too simple to my liking.

I enjoy playing Factorio quite a lot sometimes, I’m not saying to copy the production chain 1:1, but if there were subprocesses, sideproducts and such, having some more variety could help make the game economy more interesting. That would of course be difficult to implement properly, and balancing stuff is always a nightmare when you add more variables to the equation.

12. Before we end, there is any last message to our readers, your friends, and the community that read this interview?

Thank you for this interview. I want to send the best wishes to all of my weeb friends. I’m a bit bad when it comes to parting words, but I also want to wish you the best of luck with your journalism career. It’s been a pleasure doing this one. For any readers who still aren’t subscribed, hit that button and let’s get to 2k subs for this newspaper. 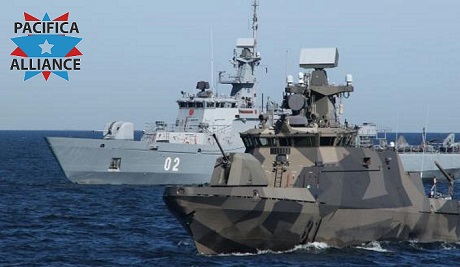 Thank you so much for ur cooperation Eula Lawrence, thank you for accept this interview, i wish u the best of luck wherever you will go my friend.
And thank for all the readers please dont forget to comment, vote, share and if u like and want to show more support.
If u guys want to read more of my interviews just subscribe to my newspaper 😃

☮And always remember this: "War is done in a game, peace is made in reality"☮

Please vote, support, endorse, subs to my news and share this article 😃
U can support more if u will donate for the article! 😃

He probably believes there could be more problematic and tackling questions. If people read a Putin interview in 2022 and the interviewer asks the man about, say, his favorite color, thoughts on immigration policy and the "tell us about Russia thing" this may not appeal to a demanding reader xd

Regarding this very guy, you could ask him why he had this "difficult war" in the first place. Because truth is that they used to have another good neighbor and concession partner other than Poland, until, as it seems, some guys on the Suomi side decided to use real life issues totally unrelated to eRussian government and fighters as an excuse to occupy eRussian regions and make TW with their occupants.

i give you 100 when you will work better.

Country name on the first pic? 🙂

#13 Waiting for impeachment to get thru.

"Countless hours were spent monitoring the fights and it was very exhausting mentally and physically" cmon, that's only one single war xd

Not even a war, just one battle where they uselessly burn a lot of money.

~hyuu~
Love from eCanada. Good interview! It's nice to see how other smaller communities manage 🙂

Hail waifus! Anime girls should take over the world! ❤