Hello globophobic people! May is finally finished and I publish an article regarding the trend of the American population in game. The first graphic represents, as usual, the active citizens registered every day of the month: 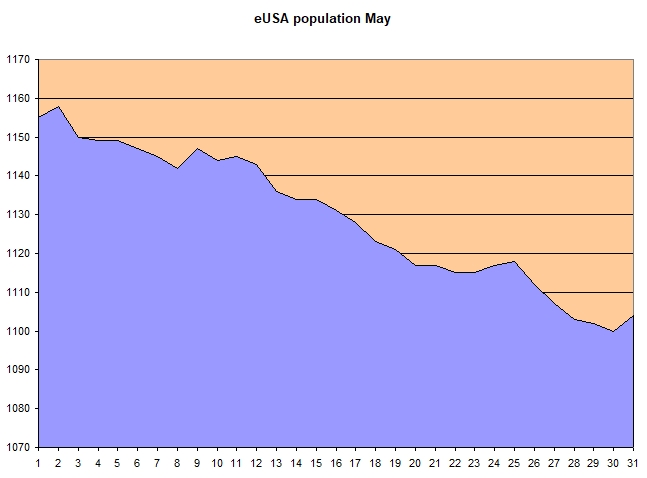 People feel the spring, maybe the summer already, and the month shows a really big decrease of population. I rarely registered a so fast drop in these two and half years I check the numbers.

The next graphic compares the American average monthly population calculated in two years and half of eRepublik: 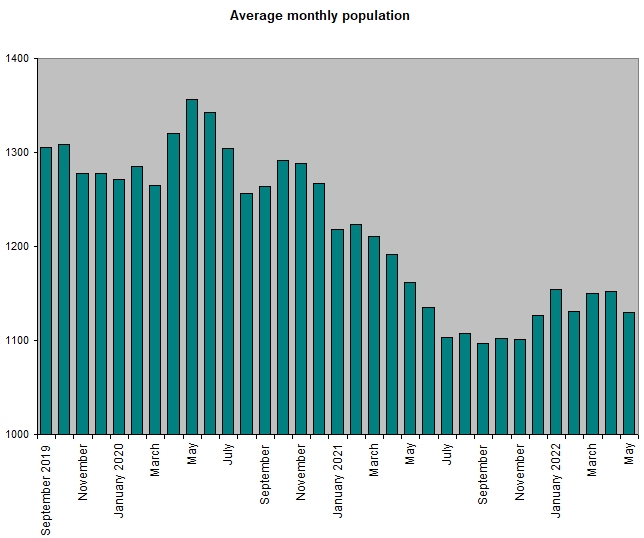 Even if the month concluded with 1100 people only, its mean is still higher than the end of 2021.

This graphic shows the percentage of Americans in the world : 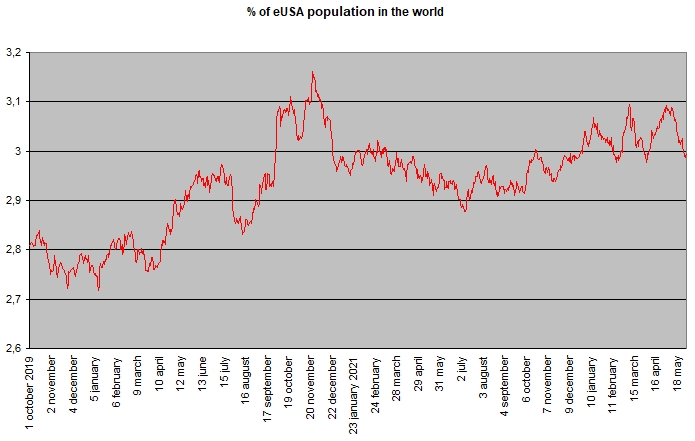 The fast drop of American population affected this graphic a lot: after a full year of positive trend, in just a month the American citizens are again less than the 3 % of the worldwide population.

Here there is the graphic of the eUSA beginners: 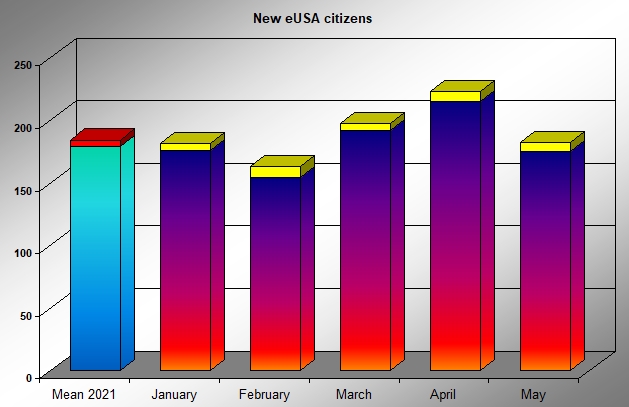 The first bar represents the monthly mean of the citizens registered in eUSA in 2021. The other five bars are the real new American citizens from January to May 2022: coloured bar represents the new registrations in a month, the yellow cap in every bar represents the citizenships approved by eUSA congress people.
In the year 2021, eUSA counted almost 179 beginners every month, and there were a bit more than 5 citizenship requests approved every month. In 2022 there are:
January: 176+5
February: 154+9
March: 192+5
April: 215+8
May: 175+7
Welcome to everyone!

The last graphic shows the votes in Presidential and Congress elections of eUSA, compared to the total active citizens. 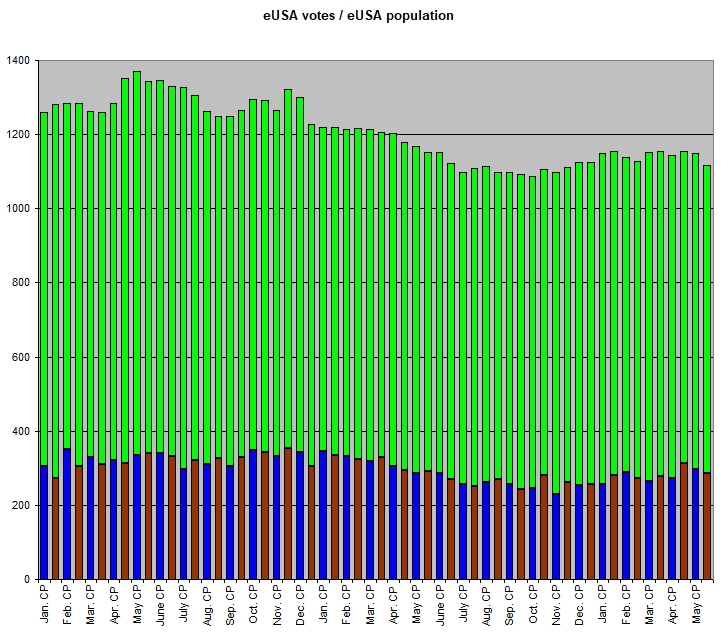 Votes for presidents are in dark blue, votes for congress are in red, and the rest of light green bar represents the quantity of “active” citizens that did not casted a vote.
In May, 298 people of 1149 have voted for President, and 287 of 1118 have voted for Congress.
In percentage, the votes are the 26 % of the total eUSA population, higher than the standard.

What else to say? Nothing, just a sexy photo of Lena Anderson.

I don't think naked means what you think it means. I am disappoint.

i mentioned naked women, on my wall with link to your article. and Chaos is on my friends list, so he probably is commenting that

Thanks for the numbers.

Great Article.
I love these.